Where have all the flowers gone

I never pass anyone collecting for remembrance day.  I just can't pass any of those people standing there with dignity and strength and not toss a loonie into their cans.  I am just too grateful for what they have done.

I was going into Costco.  Usually I give on my way out but I was waiting for my son to join me, so I casually walked over and gave her some money.  We starting talking and she  mentioned that fewer places were allowing them to collect.

Then she said she was collecting in the memory of her son who died in Afghanistan.
She had lost her husband in the same year.

I went shopping in Costco with my son  and I don't remember what I bought.  I probably spent too much, but I remember her. 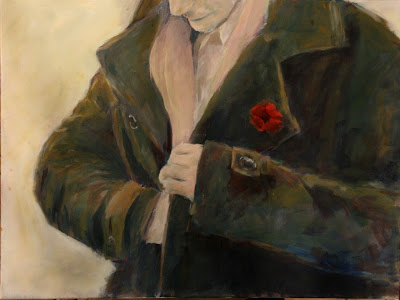 I should have given her more.
Posted by 5minutesfromcool at 17:46