I got curious why golfers yell fore instead of  "watch out because my shot is going to hit you".  One explanation is that, artillery batteries were positioned behind the infantry. When shots were fired they would yell "beware before" to warn the infantry to duck and drop to the ground so they wouldn't be hit by cannon fire and artillery. So polite.  I would have thought they would yell duck instead of beware before, but who knows.  I am pretty sure that if I was there I would never get up.
Golf was becoming popular at the same time and it is thought the golfers shortened it to fore.
Today, I just wanted to get the curve in the back with the feeling that he had just completed his swing.  I will let you decide if  I succeeded. 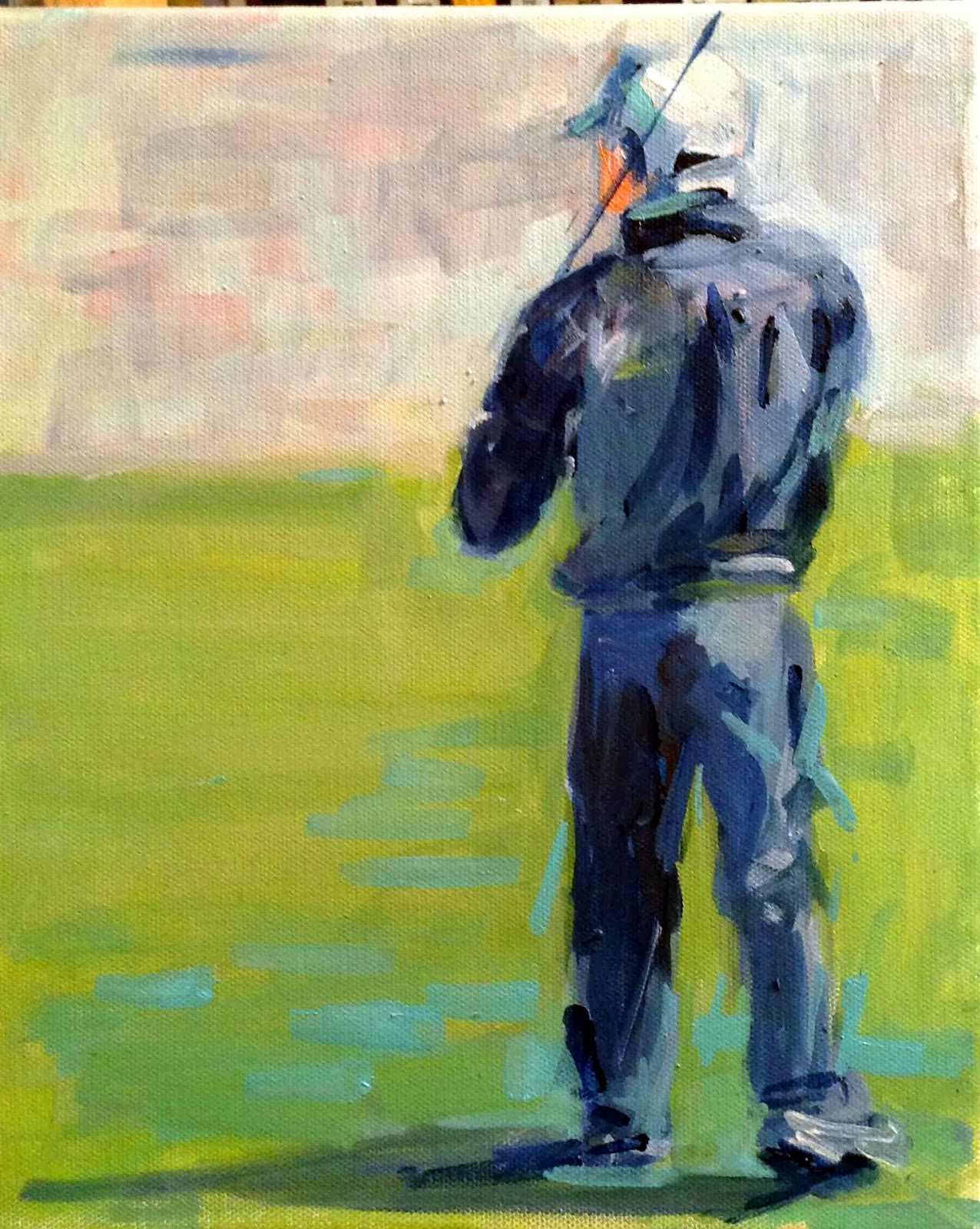 I almost forgot to paint his club.
Posted by 5minutesfromcool at 21:53