I loved this dog and the painting doesn't do him justice.  He knew a million tricks and once we won a bouquet of flowers. It was pouring outside and the radio announcer said it was raining cats and dogs, He had a quick contest -  the first person to have their dog bark on air would win flowers.  Piece of cake.  A bunch of people phoned up but Bogey was the only who barked on command.  The announcer said it was too loud so Bogey barked quietly.  He was a really talented dog. 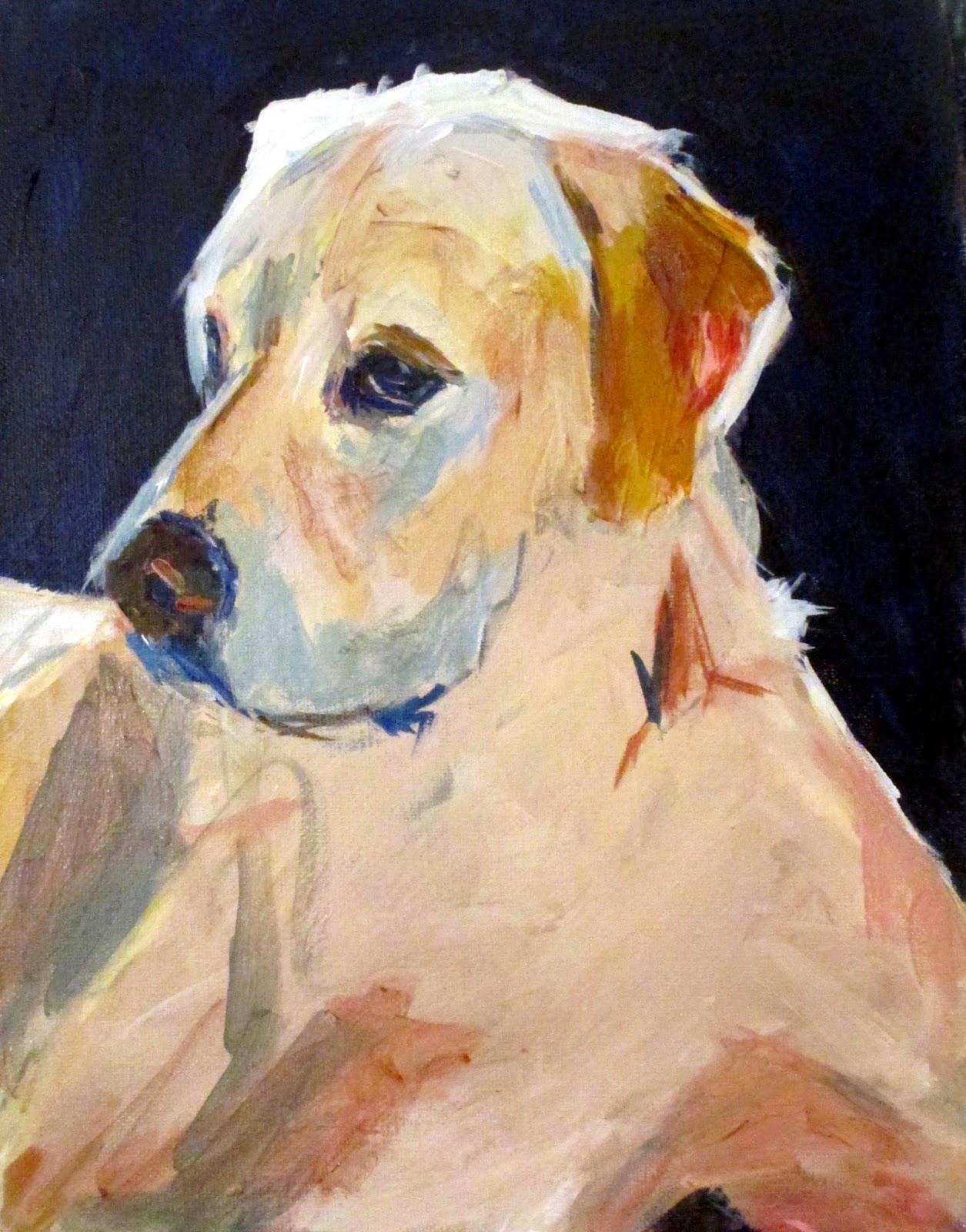