I have a confession to make - I went to an art show "Van Gogh to Kandinsky" I liked some works but most of them I thought were pretty bad.  I think that if I wasn't told that they were done by famous people, I would have just walked by most of them.  Next door was a small exhibit of Andy Warhol's Posters.  Here is the confession part  - we enjoyed the Warhol show much more.  Part of it may be that the  big show was so crowded we could barely see the paintings and we were irritated by people listening to the audio guides, standing in front of the paintings and not moving. The Warhol show was fun.
So here is Rembrandt inspired by Warhol 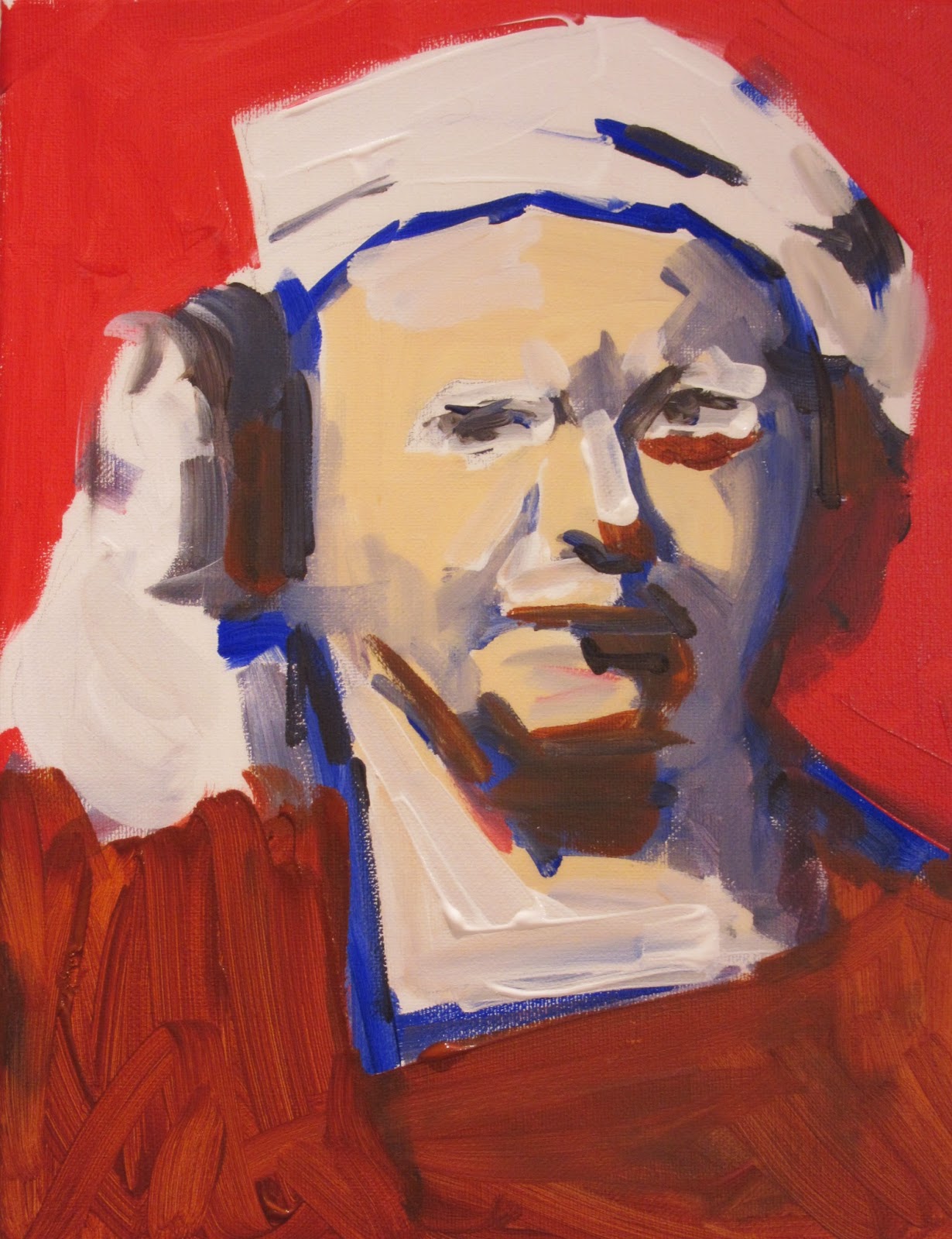