I have a teacher named Suzy which is complicated because my name is Suzy.  During the class students are always calling for her which drives me crazy because I think they are calling me.  Eventually I learnt to ignore it with the problem now if someone is really talking to me I don't answer and I look like I am a snob.  Oh well  as my hairdresser used to say when I told him I want straight hair ``we have issues``.

Suzy is an evil and vicious teacher.  She takes lots of showers and in the shower she thinks of ways to torture her sweet students. Today was the same as usual - she had us painting candles - lit candles.  I thought we were going to get away with it because she forgot the matches but eventually the candles were lit and the torture began.

Flames are hard to paint  - really, really hard.  They  move.  The longer you paint, the shorter the candle.  If someone breathes they flicker and don`t ask what happens if someone walks by.  I thought it would have been fun if they set off the sprinkler system but nothing happened. 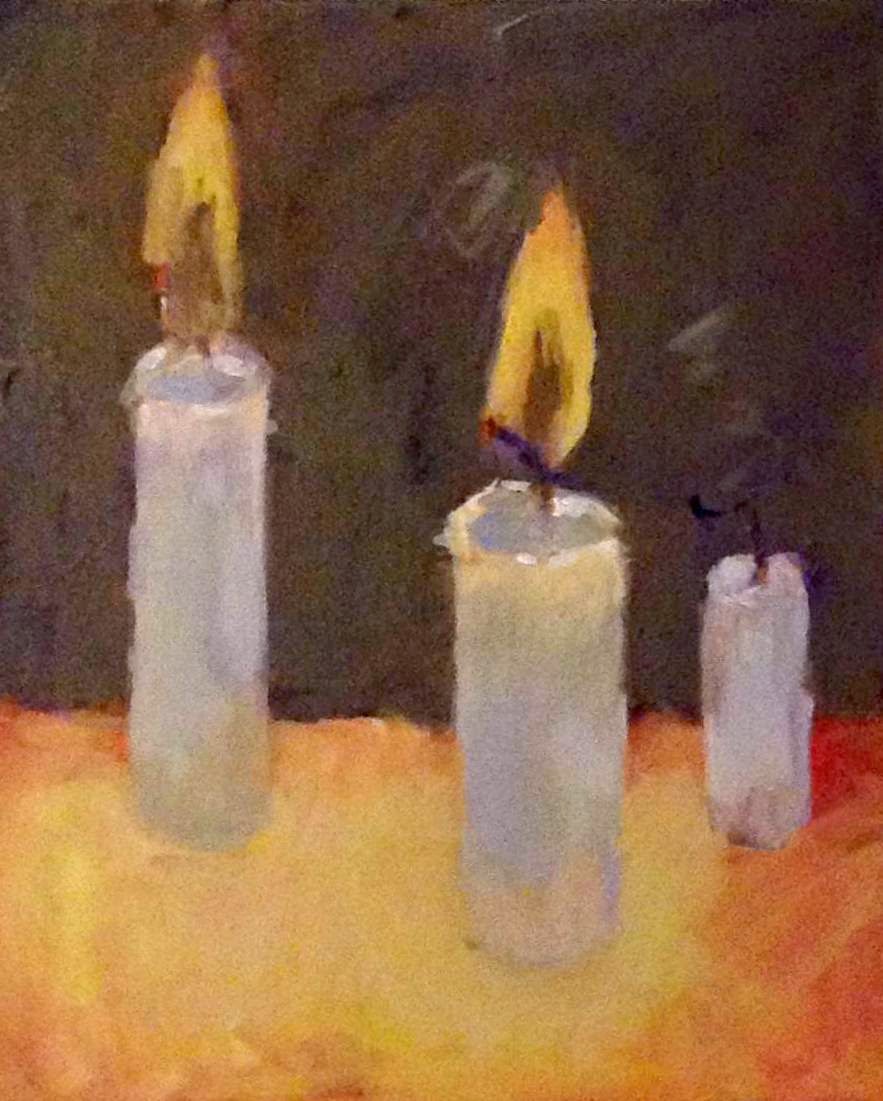 I had a lot of trouble with this one.  Who knew that the inside of a flame is dark.  You really have to observe the colours.  I really did observe - I just didn't paint them. I am satisfied by the middle candle the glow just under the lip. What I like about Suzy`s class is that everyones painting is different.  She really does bring out the best in us and she does it with patience and a smile.  She is too good to be true.    I think if you learn something the class was successful, I did learn something but I am just not going to tell Suzy.
Posted by 5minutesfromcool at 18:36