Yesterday Alan Rickman died.  I didn't really take much notice but my daughter called upset about his passing, and when we started remembering all the movies he was in I realized how much I enjoyed his work. He played Alexander Dane in Galaxy Quest. The character was an shakespearean actor most known for being an alien in an old tv show.  He was forced to repeat endlessly "By Grabthar’s Hammer" at  conventions.  Sound Familiar?

He played a lot of bad guys, " I don't play villains, I play very interesting people", and he did make his villains interesting.  Who could forget him in "Die Hard", Harry Potter and Love Actually. 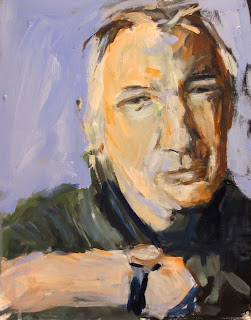 In Love Actually he cheated on Emma Thompson, and yet we forgave him - he was that good